Thasin Rahim, pre-selected for the prestigious prize, is working at the Liceo Europa, where they are adapting early childhood teaching to her method.

She is a teacher and today, she transmits her teaching to other teachers, to change traditional education for one that is more adapted to current needs. And, today, she is doing so from Zaragoza, specifically from the Liceo Europa school, which is adapting not only its way of teaching, but also its own classrooms to what she advocates. A way of working that has turned Thasin Rahim (Bangladesh, 1986) into a contender for the Nobel Prize in Education, for which César Bona from Aragon was a candidate. At the moment, she has been pre-selected for the final list of the best in the world for the Global Teacher Prize. In a short time, we will know if she is candidate in the competition, but for now she is pleased with making her thesis known and that more and more schools are adapting to what she believes should be the education of the 21st century, which includes parents being more involved with schools, the classroom as the third learning element and a way of teaching students that avoids excessive memorisation and encourages their critical thinking and creativity.

It is not a utopia: the school itself, like others in Spain, is incorporating all this advice for its pre-school pupils. And, in fact, the Liceo Europa already allows parents to have access to the classrooms for half an hour a day, which have been refurbished to adapt to Rahim's requests: no individual desks, but cooperative spaces without walls to limit them. “It is said that children in kindergarten are not capable of thinking on their own, and that's not true," she says. “We just have to develop their thinking, not only in the classroom, in a transversal way, without the need for it to be done through specific subjects". The expert, who incorporates chess as a means of teaching strategies or knowing how to lose, considers that in the first phase of education, a visual impact is needed for things to reach them. In this sense, she recently carried out an activity with rubbish, which children brought from home, to later create a video that helps everyone to raise awareness about the environment. New methods that she hopes will prepare skilful, as well as smart citizens. And that may also win Thasin the prize. 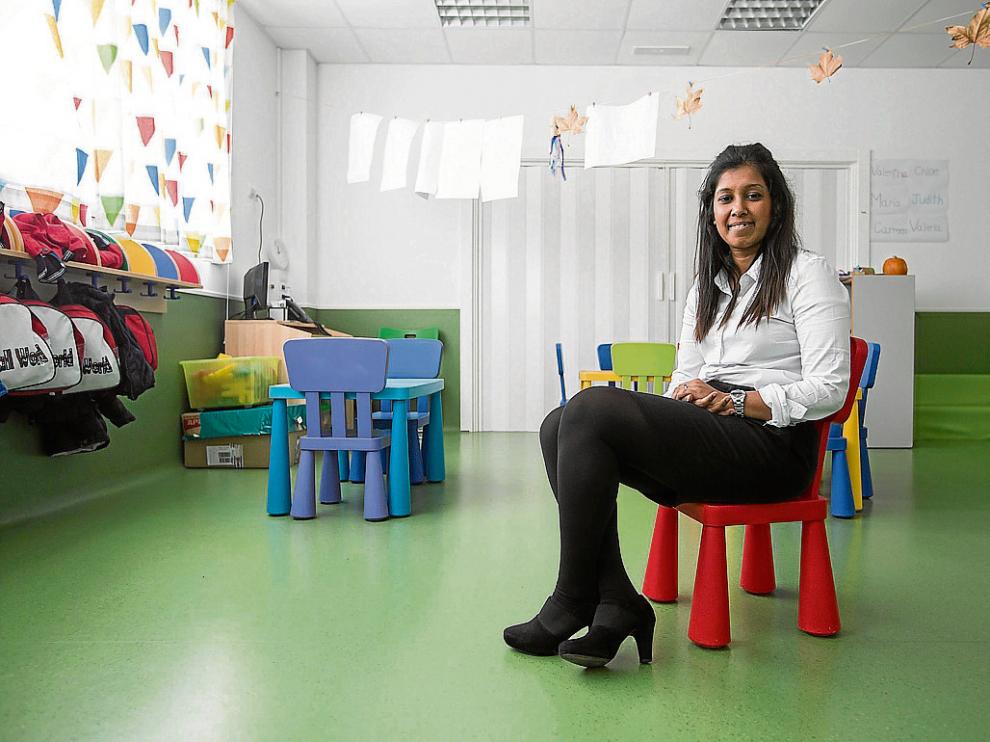